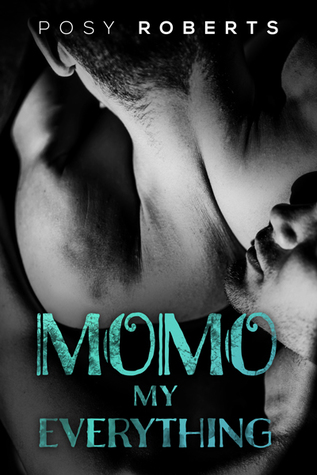 William Harris is a reserved man, private and guarded. He has no one to go home to. He’s never found a man worth sticking around for. He’s never been in love. And he’s convinced he’s happy with his lone-wolf life.

Nate Kelly is William’s opposite, social and easy going. He comes into William’s life as the elegant geisha Momo. When William realizes Momo is a man in drag, he’s captivated.

From their first date, William’s world changes. Nate is nothing like his usual type. And William soon finds out being with this carefree man means always being on display and attracting attention, which makes him want to retreat. He tries to keep Nate at arm’s length, but it’s no use. Nate’s transformed his life in a matter of months and keeps drawing him back in.

If they stand a chance, William has to be comfortable standing next to someone so at home in the limelight. Their future together and William’s happiness depend on it. Is Nate the man finally worth giving up William’s solitary existence? Is he worth sticking around for?

*Extensively reworked from the short story, The Measure of a Man.*

Momo: My Everything by Posy Roberts

“Does anyone ever really get another person?” Nate asked. “Everything they get is still filtered through their own lenses.”

I’ll second that! And it is not always the first impression that counts… Sometimes you have to take a closer – not to say a very close – look at somebody to see what makes him tick, to see through his facade. Regardless of the fact whether he is wearing an actual disguise or not.

…where Nate works dressed up as a Geisha named Momo. …and although Nate normally is so not his type, both men feel an instant attraction for each other, which they pursue over several dates until it turns into something deeper despite their differences.

How is the saying? Opposites attract and this also proves to be true in this nice short story. During the day at work, he is an uptight, reserved man who cherishes his privacy and who rather keeps to himself.At night he is someone who likes clubbing, doing hook-ups in back rooms or taking them home. No relationship, nothing permanent, no strings attached. He himself is completely amazed when he feels attracted to Nate/Momo and even more surprised at himself when he makes a spur-of-the-moment decision and takes him up on his offer for a date.

Nate is out and proud. Flamboyant, comfortable in his own skin and his surroundings. He has no problem with being in the center of attention…

…and that is exactly the crux of the matter… Wherever Nate shows up, there will be attention and William, accustomed to hiding his true self, has to come to terms with accepting himself, with being in the limelight as well, if there ever will be a real chance for both of them.

I don’t know the – much shorter – previous version of this book The Measured Man, so I cannot assess to which extent the story has been altered or extended. Momo: My Everything is nicely done, even if a bit clichéd regarding William’s sexist, unlikeable boss, acting like a jerk. I have to admit that it was maybe a bit too sweet for me, though, and I would have liked there to be more drama. It is told solely from William’s POV and for me, it would have been more enjoyable to get to know more about Nate’s thoughts and feelings.

What I loved about it, though, was the fact that despite there was – for a short story seemingly mandatory – insta-love or in this case ~attraction, both men did not jump into bed with each other on their first date, not even on their second. There was a lot of getting to know each other, before they act on their attraction more thoroughly, so to speak ;-), and that was really refreshing for a change.

I will leave it to the author herself to have the final word, to describe this book perfectly.

An ARC of Momo: My Everything was kindly provided to DirtyBooksObsession in exchange for an honest review.

Posy Roberts writes about the realistic struggles of men looking for love. Whether her characters are family men, drag queens, or lonely men searching for connections, they all find a home in her stories.

Posy is a Jill of all trades and master of the drill and paintbrush. She’s married to a partner who makes sure she doesn’t forget to eat or sleep during her writing frenzies. Her daughter, a budding author, and cinematographer helps her come up with character names. For fun, Posy enjoys crafting, hiking, and singing spontaneously about the mundane, just to make regular life more interesting.

Stay Up to Date on New Releases