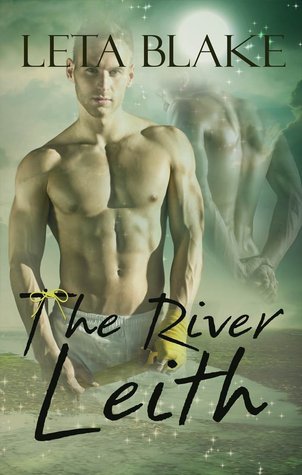 The River Leith by Leta Blake

Sometimes it took divine courage to let go and end up in an ocean of the unknown. Compared to the hectic and stressful times we are living in, three years appear to be nothing. If your memory of three years is completely erased, though, it could change your life forever. Suddenly you realize how important such a short period can be. You have forgotten about events that took place in that time. Your own habits. Your surroundings. People you have met and people you have lost. The person you love more than anything else in the world.

You feel like a stranger in your own life.

Leith, an amateur boxer, who got a blow to the head during a fight, awakes from a coma and has to deal with the aftereffects of this fateful day when he learns that he cannot remember the last three years. His old life is fed to him bit by bit, but some things he has to recover on his own. When Leith is introduced to Zach, his supposedly best friend, he also has to deal with certain feelings he develops for him over time. Feelings he cannot really comprehend. You might imagine his shock when he discovers that said feelings apparently have already been there.

This was my second book by Leta Blake and even though I have to admit that I loved Vespertine a bit more, I enjoyed this story immensely.

The River Leith virtually vibrates with emotions. It’s safe to say that they are oozed page by page and I can guarantee you that some tissues will be required when you read it. Umm, well, I hope those who have already read the book won’t consider me a wimp, so let us rather agree that I needed them. 😉

You practically feel the anger and the frustration radiating from Leith sometimes, when he is not able to regain his memory or when there are situations too heavy for him to deal with.

You feel the pain and the despair of Zach, having the love of his life in front of him and still somehow gone. You feel the small glimmer of hope blossoming in Zach every time there seems to be an improvement in Leith’s health.

And you feel the love both men have to rediscover, tentatively at first… I loved the sometimes mythical and philosophical undertone of the story and how it played out in the end. I don’t have a medical degree of any kind so I cannot evaluate how authentic the amnesia topic is handled by the author, but what is important to me is that it felt this way. That’s all I need to feel this story.

2 thoughts on “~Review~ The River Leith by Leta Blake”