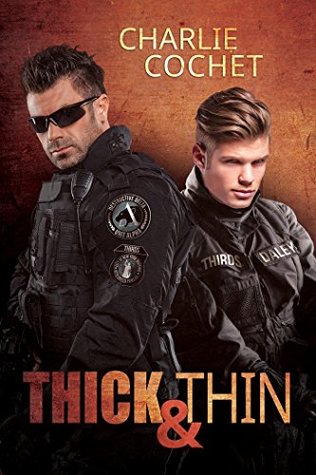 I will make it short: I loved it!

Okay, probably not that short. 😉 This series never ceases to amaze me…

After all this time you would think that I would be fed up with it by now, that it would lose its appeal at some point and to be honest, with each new book I fear that the time has come. Slowly but surely, though, it seems to me that this will never be the case. I just cannot get enough of it.

After the events in Smoke & Mirrors, I could not get my grabby hands fast enough on this book and it was all I could have wished for. Yes, it felt like some kind of interlude, but that was the idea behind it, to prepare us for things to come. For the change that was already initiated in the previous book.

The story -albeit a bit shorter this time- was the familiar mix of action, humor, sexy times, some heartwarming scenes and Dex-antics, sometimes paired with thoughtfulness due to his new found Therian abilities still in its infancy and the impact this would have on those around him.

I so will never get tired of the banter between Dex and Ash!!!

The interaction between the teammates was amazing as always, although they had to break down some barriers when Dex and Sloane put their cards on the table and all secrets were out, but when it comes down to it, they act like the one big family they are and get everything sorted out in typical Destructive Delta manner.

In other words: it had everything I love about this series, plus a tinge of nostalgia when Dex recalls events that led them to this point until they reached some kind of crossroads. And that the love story between Dex and Sloane remains one of my favorites goes without saying.