First of all, this is the second book in this series and it should not be read as a stand-alone. Book 1 was awesome, so my advice, go read that one if you haven’t already, you won’t be sorry.

I finished the first book in this series and I was so captivated by all the wonderful characters, that I jumped right into this second installment.

Again, to me this book was magical, I liked it even more than the first one. Once again, TJ Klune has managed to make my laugh my ass off and cry my eyes out.

I love how his books make me feel so many different emotions. I went from happy to sad, to angry, to worried, to relieved, to elated (not necessarily in that order lol)

The prolog of this book had me a bit confused, to be honest. After reading the first page, I actually started to worry. Damn but this was awesome ,start !! Were-bears and Were-otters.

“You made me pregnant and said I was fat with my love for you?”

Once again we get a look into Bear, Otter and the Kid’s lives and see how they are doing. I loved seeing them all grow emotionally. I loved seeing (Papa) Bear coming to terms with who he really is and what he wants. I loved the little “vegetarian ecoterrorist in training”, also known as “the kid”, he still makes me laugh my ass off.

As I understand his story will be book 3 and I can’t wait to start that one.

I loved getting introduced to wonderful new characters and I hated saying goodbye to old ones.

I love this band of dysfunctional family members!

I can’t wait to see what will  happen next!

This book can be read as a standalone.

… unless there is a public scandal that puts you even more in the crosshairs of the paparazzi and leads to a media harassment without peer.

That is the story of pop star Tyler Hart Garrett Campbell works in cooperation with a seal team as a translator for a government agency, which is a closely guarded secret and not even his family knows what he does for a living. Wounded in a hostage retrieval gone wrong, he seeks revenge for the death of his partner during said operation and is intent on finding the mole who set them up. After the death of another team member, he is also forced to go into hiding and the only qualified location for him to feel safe is his brother’s cabin in Stanford Creek, where his peace and his heart is disturbed by the appearance of Ty.

And here we go again! I am not a big  fan of insta-love. Although the word is a bit too strong for the situation of Ty and Garrett (at least at the beginning), it was too insta-… something for me, nonetheless. In this story both guys lusted after each other before they even met: Garrett over a poster of Ty and his boy band in his locker at college and Ty over stories he heard from his friends about their assumption of Garrett being a spy of some sorts. Furthermore, I could not really buy the fact that Ty – despite his anxiety – felt safe with Garrett within an hour, even though they exchanged just a few words. Both men just felt too young for me and their behavior too immature sometimes. There were scenes where I wanted to shake them and shout ‘Oh, come on… How old are you? Fifteen?’ We don’t get any information about Garrett’s age, but given his profession, I would have thought he being a bit more reasonable and Ty is 26, so not that young, either…

This book is the 3rd installment in the Stanford Creek series from author RJ Scott under the pen name Rozenn Scott and can be read as a standalone. The first two books are M/F romance and I haven’t read them. At first, I had some problems to sort out the names of all the side characters, and we are talking about a damn big family with siblings, cousins, spouses, girl- and boyfriends etc.here, but after a while, I just went with the flow and it was fine by me.

The story itself was okay, although nothing to write home about. As for me, I would have wished for a bit more action before it hit the 85% mark, and even then everything was wrapped up too quickly for me. Up until that moment ,there was a lot of talks , hot tub baths ,and snow scooping…

I have to admit that the solution to the mystery of the mole took me by surprise, but not even that could make me give this story a higher rating than  3 Stars

This one surprised me in a good way.Hot men in suits getting down and dirty

and a good plot. 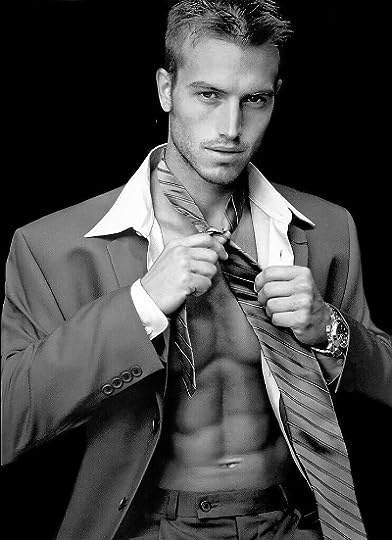 Embry Ford was a quiet, ordinary guy—until tragedy ripped his life apart. Now he’s living under the radar, desperate to hide his identity and determined to learn the truth behind what happened. Even if that means working for—and bedding—a man he loathes.

As a bodyguard to a shadowy arms dealer, Brogan Smith knows distractions can kill as easily as a bullet. But when he sets his eyes on his client’s sexy assistant, he can’t get him out of his mind. Even more unnerving: the closer he gets to Embry, the more Brogan starts to suspect he might be protecting the wrong man.

Embry was sure nothing but vengeance would satisfy him—until Brogan offers him something far more tempting. Now Embry must choose: punish the people who nearly destroyed him or fight for a future with the man who has become his entire world.

This one was definitely my thing.Angst,Hot sex,and a great plot. 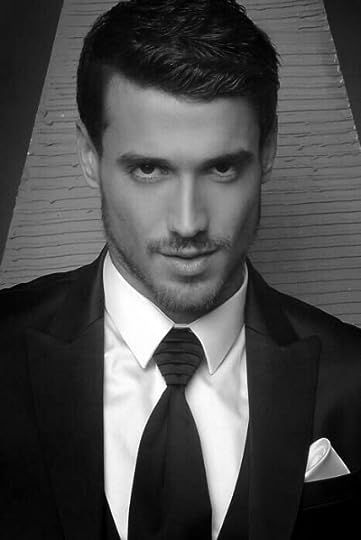 Brogan is ex Military now working as a bodyguard to a truly despicable character,Joel.This is where he meets Embry who works for Joel.As soon as Brogan sees Embry he’s completely captivated.

But Embry has a plan and he’s not about to let a sexy bodyguard get in his way.While Embry is determined to keep Brogan at a distance,Brogan is just as determined to get as close as possible to Embry.

But Brogan soon begins to realize that Embry is hiding something and sets about trying to uncover his past.
Told in three parts Brogan/Embry/Brogan,it’s not until part two that Embry’s secrets are revealed.

The mystery element was extremely well done and definitely held my attention.And these men were HOT together,but (

be warned ) it’s not a fluffy story at all.