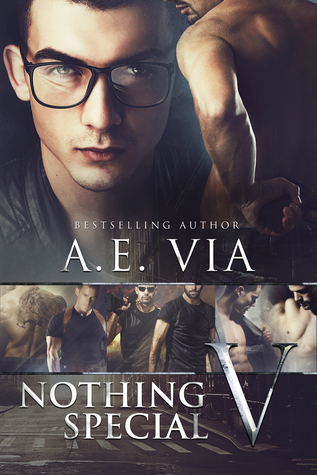 This book is a part of a series but can be read as a stand alone.

The boys are back and fiercer than ever!

Atlanta’s notorious narcotics task force is at it again. They are stronger, bigger, and better than ever. Especially when a city councilman sends RECON Marine, Edwin Steele – who’s been blacklisted from his Oakland department – to join the team. God and Day weren’t recruiting. They have a lot on their plates, like the fact they’re supposed to be getting married soon. They don’t have the time or the patience to integrate a decorated war hero with a slight chip on his shoulder into their well-oiled machine.

A hothead that’s uncontrollable and terrible with authority… but wasn’t that their team motto?

Steele was ready to hang up his shield. He was done fighting with bigoted bastards that couldn’t respect the job. He was good at fighting; he just needed the right team to fight with. When his uncle – City Councilman, Rasmus Steele – shows him a video of God’s team in action, he knows right away, it’s where his nephew belongs in order to restore his faith.

Steele pointed to the driver, a behemoth of a man wielding those massive firearms like a true beast… like a soldier. “And him. Who the hell is he?”

Steele was skeptical about his new placement, but when he meets God’s technology specialist/computer genius, “Tech,” he’s willing to give it his all, and he definitely shows and proves.

Tech is stunning. His sweater vest and khakis, a stark contrast to the blue-jeaned roughnecks he works with. A beautiful sheep amongst the wolves. Steel thinks there’s no way the brilliant man would be interested in a hardhead like him, but Tech has a few badass hidden talents of his own and manages to fool him… fool all of them.

This story is a part of a series but can be read stand-alone. It does not end on a cliffhanger and has a HEA. There are no multiple pairings in this novel.