Young interior designer Ava O’Shea has an appointment for a first consultation at The Manor with the owner, Mr Jesse Ward. She is expecting nothing more than an overweight, cravat wearing, well-to-do countryman, and on arrival, nothing would suggest otherwise. How wrong could she be? This Man is devastatingly handsome, charming and confident. He is also a conceited, hedonistic playboy, who knows no boundaries. Ava desperately does not want to be attracted to him, but she can’t control the overwhelming effect he has on her. Every instinct is telling her to run, so she does, but Jesse Ward is not so willing to let her go. He wants her and is determined to have her. She knows she is heading for heartbreak, but how can she run when he won’t let her?

WoW…I can’t even describe how much I loved and definitely still LOVE this series.

Because of this series, I became friends with a very special girl. I discovered this series because of her. So *** RALU *** I know I don’t say it enough and often but… THANK YOU, girl! In my heart, this series is in the same place with 50 Shades.

Ava is a young interior design who loves her job. One day she is specially requested at a job out of town. There, at the “hotel” she meets the Lord who changes her life forever.

They have chemistry and attraction…and love is inevitable, and the more they try to deny it, the more they fall in love…Ava is very scared…and Jesse is very persistent…Charming…Possessive…and a control freak who keeps many secrets. 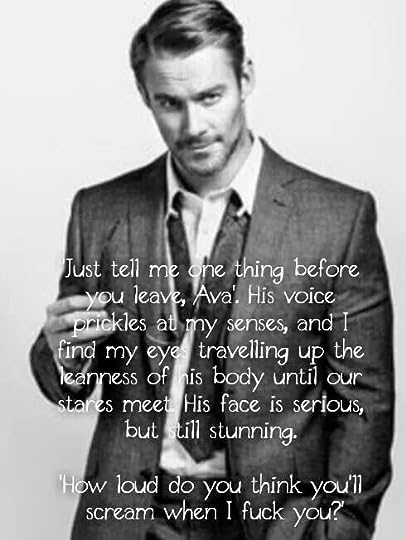 God how much I loved this guy. Yes, he’s a control freak, yes he’s a rich son of a b**ch, yes he’s sex on legs, yes he’s possessive…But he loves Ava…Jesse, he is a sex club owner for crying out loud.

The book is very intense…I devoured it and I loved the sex scenes in this book. Ava is a great heroine…I really understand her. It’s very difficult to stay away from such a Sex God…I envy her. 😛 As much as she wants and as much as she tries, she can’t resist the Lord of the Manor.